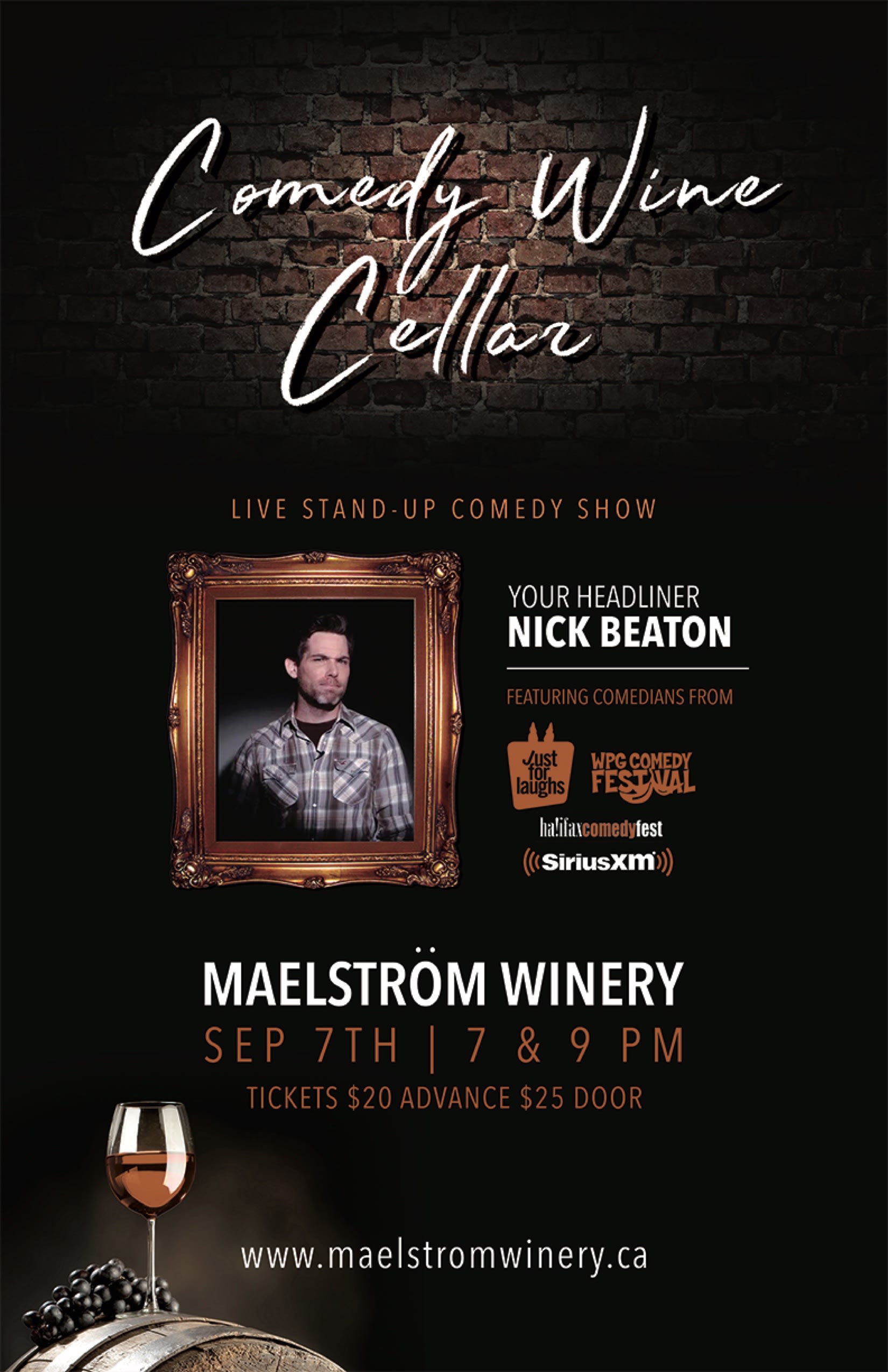 Come out for some great wine and a night of laughter!

'Comedy Wine Cellar' hand picks Canada's best international comedians (who have featured on CBC, CTV, Just for Laughs, etc.) and brings them to the cellars of Maelstrom Winery.

For tickets, go to: http://www.maelstromwinery.ca/site/buy-wine-and-cider-huron-county-ontario/category/1351

Description - From a blue-collar background, Nick Beaton cuts through the nonsense of an overly bureaucratic society that takes itself way too seriously. Whether it’s done through his opinionated rants, hard-hitting jokes, or his disarming "every man" personality Nick Beaton is a favourite wherever he performs.  He has performed on 4 continents, 7 countries, and over 40 cities.  His run at the Edinburgh Festival received glowing five star reviews, from both “Broadway Baby” and “Three Weeks,” the latter of which described him as having, “enviable confidence, timing, and manner of a comedian with decades of experience beyond his years.”  Nick wrote for the hit show on CTV, "Spun Out" staring Dave Foley was a panellist on "Match Game" and was featured on CBC's "The Debaters."  He has performed at Montreal’s International Just for Laughs Comedy Festival three times, as well as the Halifax Comedy Festival, the Moncton Comedy Festival, the Sudbury Comedy Festival and the Icebreakers Comedy Festival.  He has received numerous accolades for his comedy, including winning the 2007 Just For Laughs Toronto Home-grown Competition, and being nominated for two Canadian Comedy Awards, including one for his comedy special, “Comedy Now!” that aired nationally in Canada.

*If ordering online, the tickets will be set aside for you to pickup the night of the show*

Friday - Saturday: 11am-5pm
*Due to Covid-19 guidelines, we are unable to offer tastings at this time*

(However, please allow 1 hour to process the order or you can leave a comment of your preferred pickup time)

Join us for some wine and yoga in our beautiful vineyard! All levels of yoga are welcome.